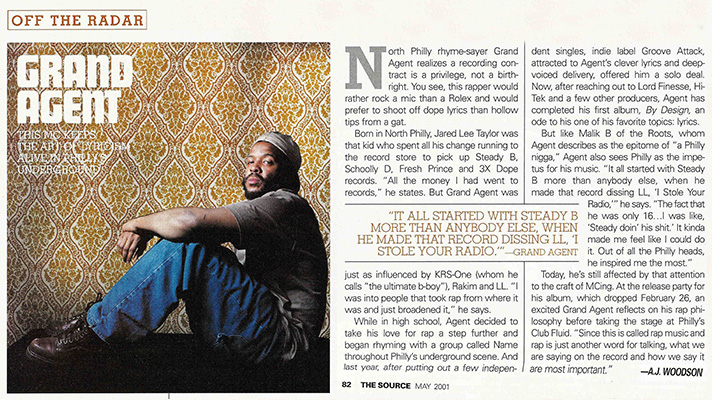 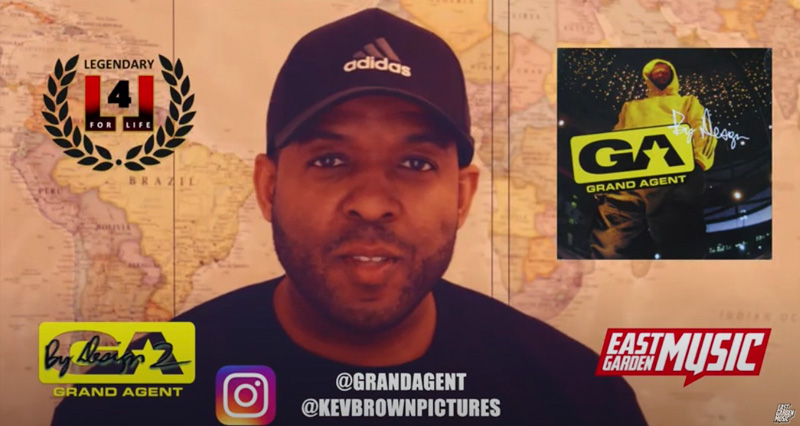 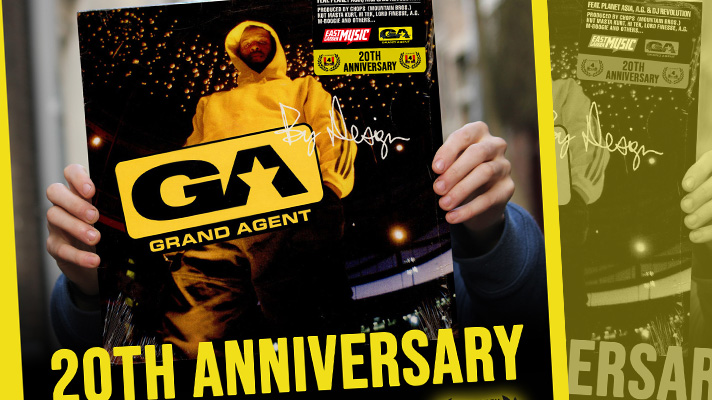 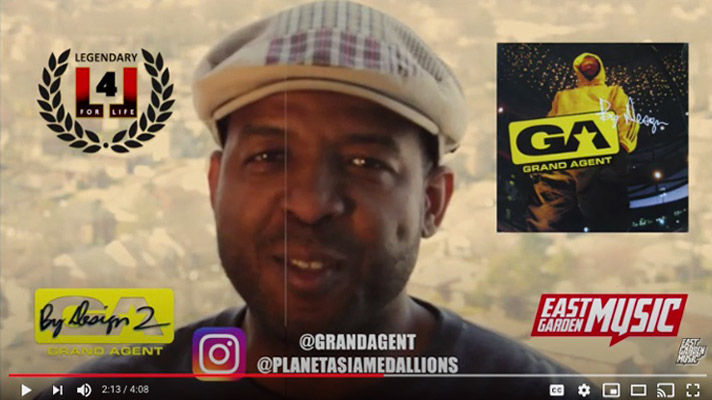 Episode 8 of Legendary 4 Life shows G.A. discussing his collaboration with Planet Asia and Hi-Tek to create the classic single “It’s Only Right”. 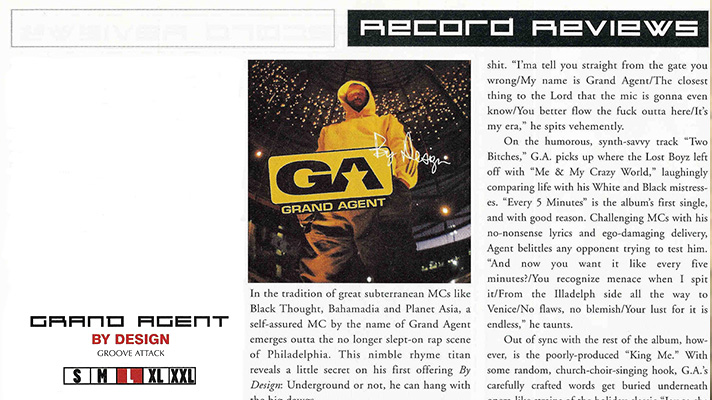 “In the Tradition of great subterranean MCs like Black Thought, Bahamadia and Planet Asia, a self-assured MC by the name of Grand Agent emerges outta the no longer slept-on rap scene of Philadelphia. This nimble rhyme titan reveals a little secret on his first offering By Design: Underground or not, he can hang with the big dawgs.”

Shout out to Tomika Anderson for the review. 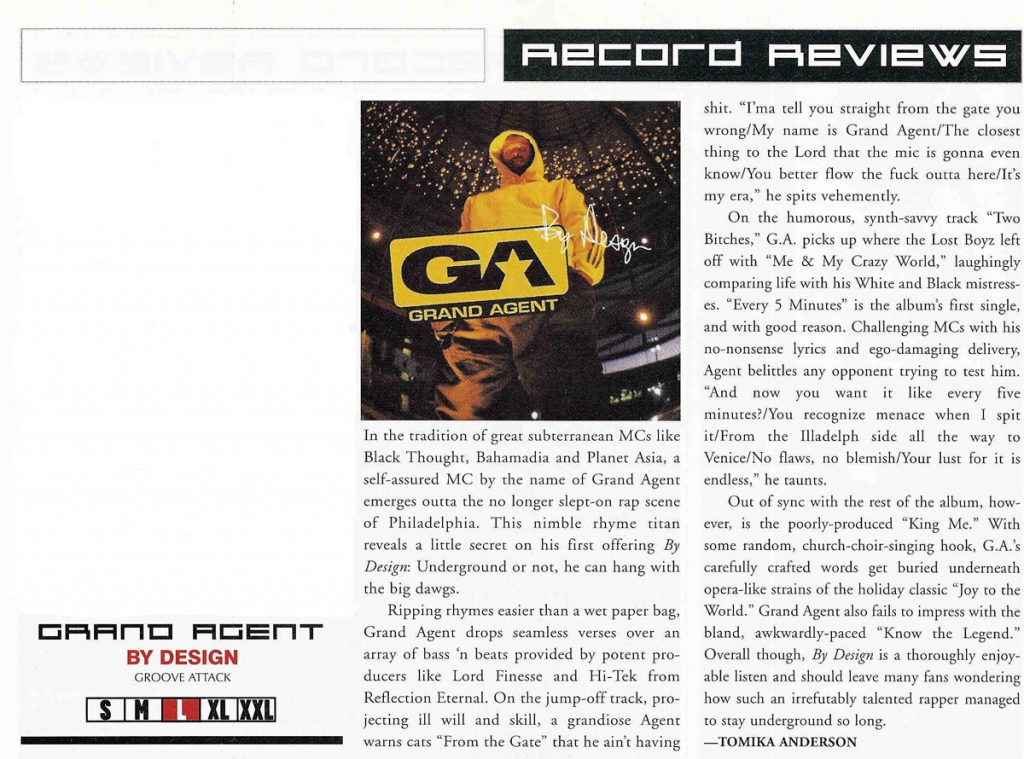 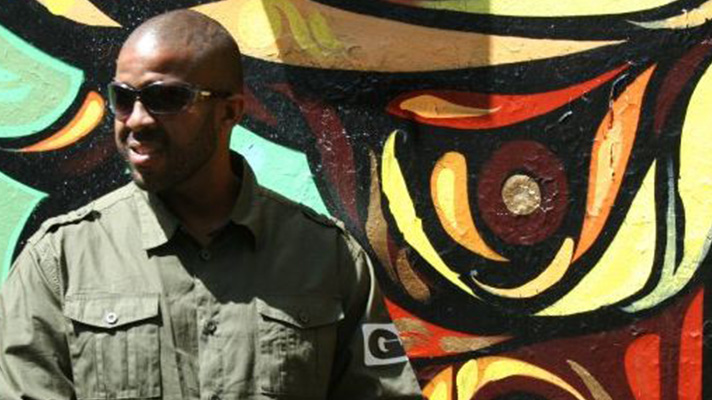 Jared L. Taylor, Philly born artist, better known as Grand Agent is working on some new releases to redefine and relaunch himself. We got together to speak about his previous work and career, his time in Germany, the collaborations with Oh No, Tom Caruana, Soulspazm and others and what people can expect from him in the near future.

Would you please give a quick introduction of yourself?

This is Grand Agent. I am originally from Philadelphia. I’ve traveled around the world, a lot of Europe in particular. I’ve lived all over the world, like Cologne (Germany), New York City, Los Angeles – lot of different places, pretty much wherever my music took me.

Can you tell us a little bit something about how your career started and how you started with music?

I started writing from the age of 11, as far as I can remember. The first time I really went into a recording studio, I was about 19. And the first time I ever released a record, I was about 22. So actually getting really busy in the business of it, was about 1998, when I made some conscious decisions to advance myself in terms of establishing a career. Between ’95 and ’98 was where I got a lot of street level credibility and experience for myself in Philly.

I was a member of a group named NAME, myself and two other guys -Ozzie Jones and Mr. Cisum. At that time, in Philly, there was a big void, because before our era there had been a lot of big artists who came out of the neighborhoods of Philly and were getting deals. And after these guys had some success, they got picked up by bigger labels. That was the impression of Philly made in that era. After that happened there was a big drop-off in terms identity for Philadelphia. The last two things that happened was Bahamadia and The Roots – so we are talking about ’93, when things started to cool down. So ’94 and ’95, there was nothing going on. So a real street level movement started. Guys would just be downtown, rhyming on street corners and in little different spots, like cafes.

Eventually it grew up into a lot of artists actually putting on shows, booking venues and really got a good local scene poppin’. I came in around that time ’95, with my group NAME, started working, working and working and eventually got to the point where I earned a few opportunities to leave Philly and go do some things in other places. And that is what really led to the Grand Agent solo project, the ‘By Design‘ album.

So I came out to L.A. by that time and that is how I really got started. In L.A. It was a totally different culture, more geared towards business, entertainment business. By that time I had a pretty good feel, of being able to do something pretty decent, or decent enough to get people to be willing to invest in it. So it all got started here, in L.A. around ’99, 2000.

Talking about your time in Germany, tell us a little bit why you came and why you’ve left Germany.

I teamed up with a guy who had a label and we were both kinda going along the same path, trying to make something really positive happen. He had a label and he had an act, but I guess they really weren’t as committed as he was. In the process of looking for a distributor for my album ‘By Design’, we came across Groove Attack. They had me come over to Europe to do promotion and stuff like that and it was really good for me, since the traveling and seeing the world became an important part of my work.

So, right as the album came out Groove Attack was having me over to do some shows, but mostly TV-Spots and some shows. At that time I was still working back in Philly with a regular day job. So when I was coming to Germany, people treated my like a star, when I went back to Philly I was driving a taxi. So I started thinking, you know, maybe I got to stay in Europe.

There was another artist from Philly who was basically living in Europe by that time, and one time when we both were in Philly, somehow he found me and he was talking about booking some shows for us and asked me to come over. I went over with him and we did some shows in Sweden for a few weeks, and what happened there was kinda the turning point, because at that time I was able to get on another tour which was organized and Groove Attack agreed to get me over. I told myself when I left for that tour that I probably shouldn’t come back, and that is what actually happened.

I went for a tour in ’01, basically a few months after the first album came out, and I just never came back. I hung out with some friends I had made down there in Cologne, and before I knew it, I was running around in Cologne recording, then all around Germany and Europe, touring for a living. I was living a dream life by that point. So the second half of ’01, ’02 and ’03 I basically live there and toured. So many crazy places I went, some weird little ones, little villages, youth prisons, some much stuff. I was just really fortunate while I was there, just blessed, and I took full advantage of it.

Why I decided to come back actually, is because after a while, after hitting up the circuit so much, it became less interesting for people to see Grand Agent so much. So I kinda burned it out, so to speak. And also I started thinking, how this is going to look at the end of my career, as a whole. I wanted it to be a part of the story, not all of it, so I decided to go back to America. I saw an opportunity to live my dream, so I went for it and when I left , I left for that very same reason.

I love Germany, it was such a relaxed atmosphere compared to America. I was finally learning the language, so I didn’t have that issue anymore. I was a 100% comfortable over there, I could have stayed there ’til I died, I really liked it that much. But my whole life is really one with my career, more like a mission. So I thought that in the end it shouldn’t be that I ended up in Germany, it should be that I went to Germany, learned something, established a fan base, which I did and never would have otherwise, and then I came back here.

Where did you get your on stage experience, which makes your performance so full of raw energy?

A lot of that know-how for the stage I got from the early days in Philly. Philly is a crowd that will just look at you, I mean you got to rock ’em, otherwise they’ll just look at you and stand there, they don’t give it up easy. People say things like “If you can make it in New York, you can make it anywhere” – that might be true as an all around lifestyle thing. But in terms of rocking a crowd, particularly like an MC-thing where all the attention is just on you, you can learn a lot in Philly. So I got good experience from that, from my early days.

The number of shows from that time, helped me to get better, to know and feel the audience better, to know how long to let the record play and when to switch it up just to keep it interesting. The initial courage to get out there and just go hard, that came from the beginning in Philly.

Also another thing was the other emcee in NAME, Ozzie. He is very much into theater, he directs plays and such. So he is very theatric and dynamic on stage, so I know that his influence kinda rubbed off on me as well.

Later I realized that I had to start making records that go more towards the energy of the show. There is such a huge difference between being in a studio and on stage, where sometimes I’m super energetic on stage, but super laid-back on the track. It therefore helped me a lot to think of the mindset of what I am going to do with the track on stage, when I was doing the record.

Thanks to Robert for the dope interview back in 2011. Click here to read the full interview on thefindmag.com